Wes at his first Cubs game, 30 June 1999. He’s singing “Take Me Out to the Ball Game” along with Harry Caray, and it looks like we’ve just gotten to “three strikes you’re out.” A few minutes later Sammy Sosa hit a home run to win the game for the Cubs. We were sitting behind home plate, right under the catwalk that leads to the broadcast booth, and the guest that Harry interviewed in the booth that day had already come out onto the catwalk and waved to us: Bill Clinton. All in all, a pretty eventful first Cubs game for Wes. 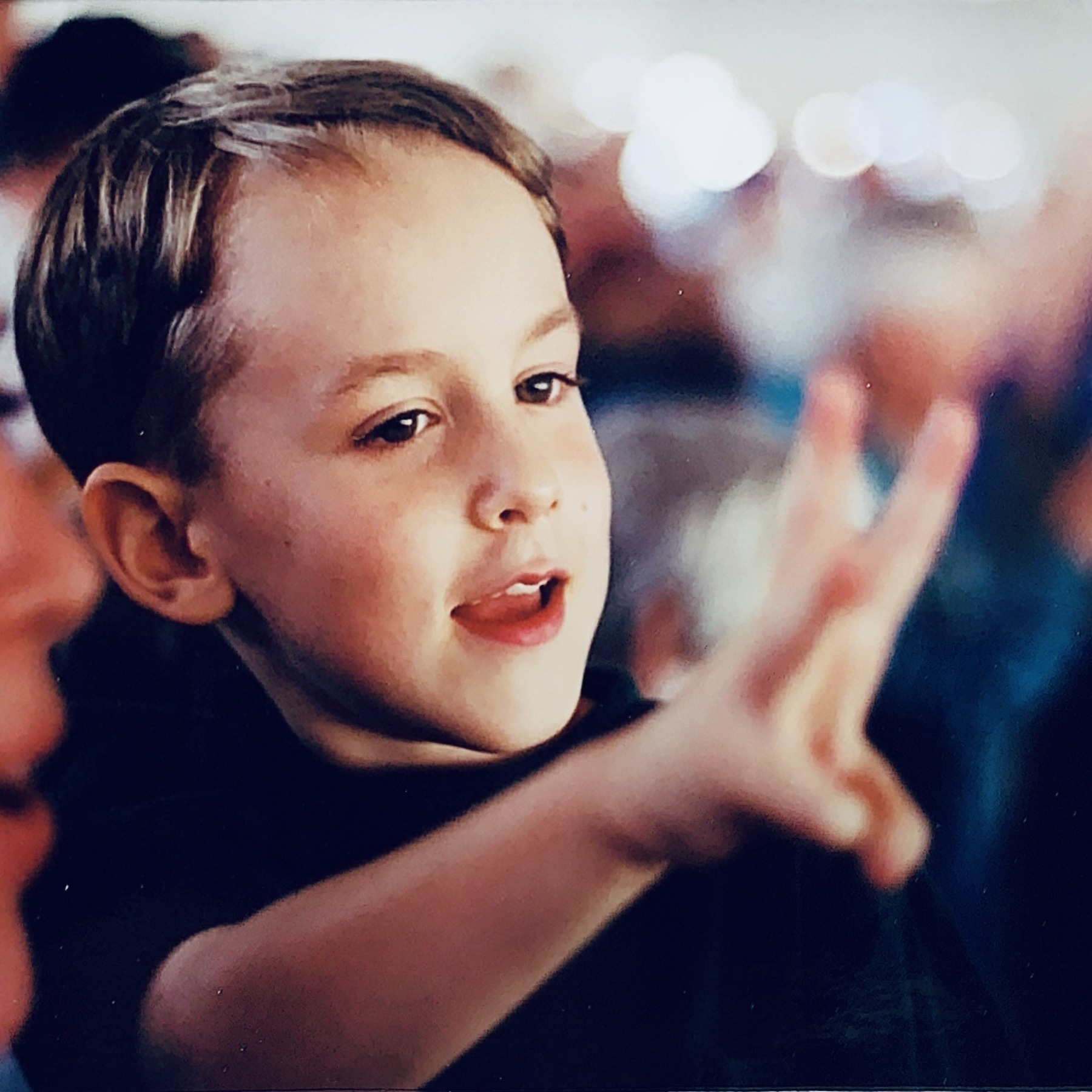